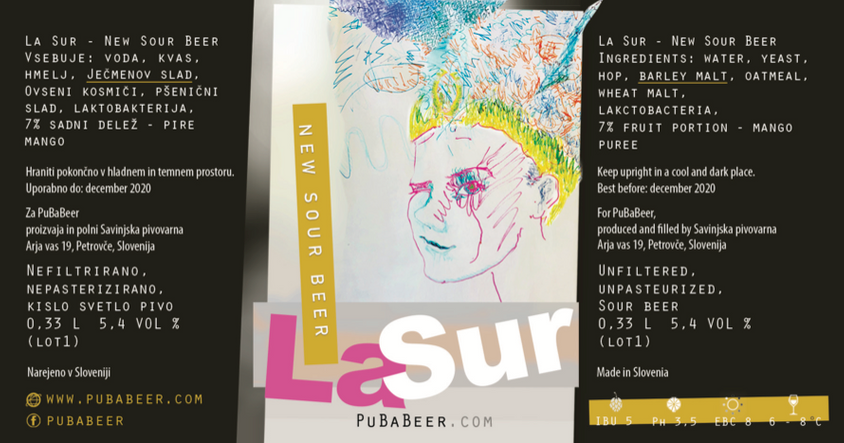 La Sur is an unfiltered artisanal beer made for the lovers of natural wine and finest beers. It is an upgrade of traditional sour beer styles such as Lambic, in a way that it is made specifically for gourmet food pairings, balanced acidity, umami, nice intriguing nose, long and interesting aftertaste and other qualities usually found in good wine. If you’ve heard of “petnat”, this beer is for you. If you’re not into wine, and just want a fine refreshment that you will remember for a long time, it is also for you. Only natural ingredients, no preservatives, no additives, no artificial sweeteners or aromas, no sugar. 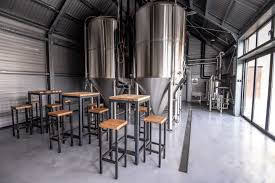 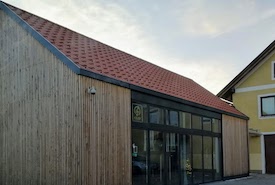 Sour beers have been produced for centuries. For example in Belgium in the Pajottenland region southwest of Brussels, this style of beer is called Lambic. A special type of Lambic that you will find in stores is called Gueuze. Similar styles we also found in France where it was naturally also fermented with grapes, and in Germany something similar is called Gose beer. Sour beers are still today often aged in wooden barrels. While we really like all these beers, we mostly still found them too sweet, too fruity,  even salty, and while much better than traditional beer, we found that something was missing when it came to food pairings, especially when compared with good wine. Therefore we set sail on the experimentation and chose to produce our own.

Inspired by the taste and process of existing sour beers, but even more importantly, inspired by the taste that is found in natural wines. Mostly unfiltered, minerally, skin fermented, with long distinguished aftertaste and interesting nose, anyone who tries these wines does not forget them, they are so different from conventional wines. And given the quality of taste and natural, sustainable farming and production, they are now the staple of top restaurants. We are big fans of such wine, and thankfully friends with many producers and like minded people. This inspiration, experimentation and countless nights of tastings with natural wine producers, sommeliers, and chefs has given us the direction for our beers that we simply like to call - new sour beer.

Sometimes our “new sour beer” will taste very similar to other sour styles, but this is pure coincidence, because we don’t copy or imitate neither the production nor the taste, we simply got inspired by it, in an equal way as with natural wine. Beers are of course made from the finest natural ingredients, no preservatives, no additives, no artificial sweeteners or aromas, no sugar. All have double or triple fermentation with fruit content - both for taste and fermentation, some are aged in barique casks, with very little or zero filtration, in the state of the art micro brewery. We don’t make too many beers, and tastes vary from mild and elegant to more powerful, exotic and unusual, but we always want to keep in line with the original principle that it has to maintain an amazing gourmet quality.